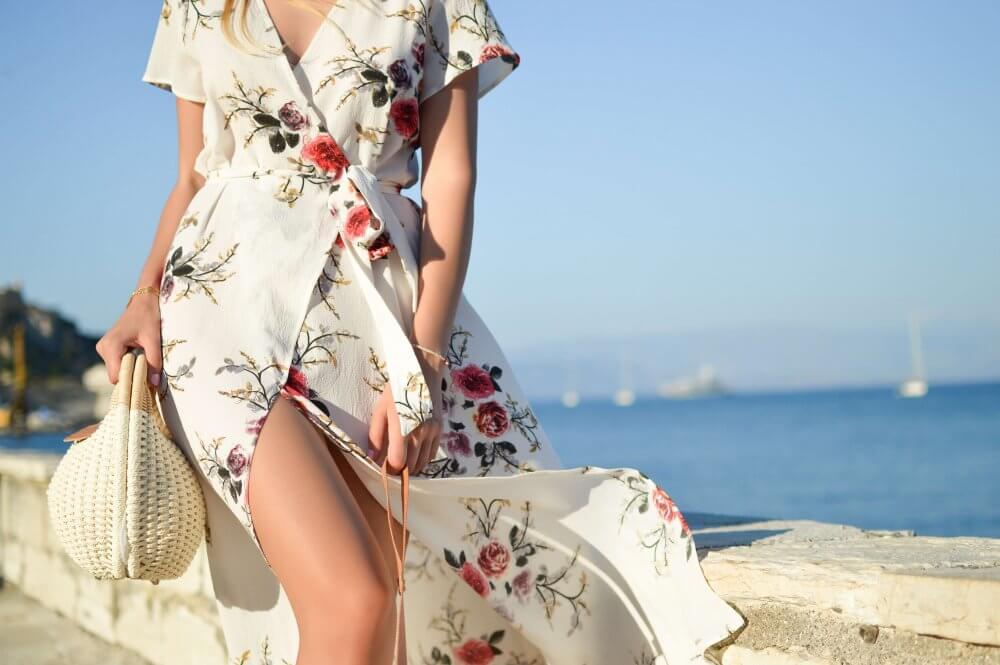 One of our favorite things about summertime is that, often, it means vacation time (for at least a few days!). Whether you’re traveling with family, friends, a partner, or flying solo, there are many amazing options available. If you’re looking for the perfect getaway this summer, we’ve broken down some of our favorite options to make it a little easier for you to decide where to go.

Rwanda is known for its protection of the endangered mountain gorilla. These stunning creatures actually share almost 98 percent of our human DNA and were nearly extinct 40 years ago, with only 250 remaining. Because of conservation efforts in Rwanda, numbers are on the rise today. Ecotourism excursions are now offered to respectful visitors in Volcanoes National Park, about two hours away from Kigali, its capital. Right now, the park is home to 10 gorilla families who are habituated to tourists, so you can see them in action in their habitats without harming them. The park offers a limited number of permits into the park each day – no more than 80 – so order yours well in advance! Plus, from June through September, Rwanda is in its dry season. This means you’ll be able to take on its stunning hikes without planning for rain or mud.

Located in a region known as “Caribe do Centro-Oeste” or the Caribbean of the Midwest due to its remarkably blue waters, Bonito is the place to be if you’re into water-related adventure. Bonito is home to countless rivers, waterfalls, springs, and caves where visitors can snorkel and hike to their hearts’ content. But perhaps its most unique aspect is its ecotourism model, earning it the award of best destination for responsible tourism 2013. What’s so unique about it? The Bonito region has implemented a “price-controlled voucher system that allows agencies to space out visits and focus on sustainability,” while still giving eco-friendly tourists an opportunity to take in the beauty of the region. An adventure to Bonito is a splurge, but a worthwhile one. Because the aforementioned vouchers limit travel, you’ll be able to do everything you want while you’re visiting, just without the crowds.

In Norway, summer days seem to never end. The country sees eighteen hours of sunlight during the summer months, with dusk hitting around midnight. These long days mean there’s plenty of time for adventure, and there’s no better place to experience Norway in all its glory than the Fjord Region. Situated on the country’s west coast, the region is home to more than a thousand steep fjords. They are so stunning that the area became a designated UNESCO World Heritage Site in 2005. The region’s two most famous fjords, the Geirangerfjord and the Naeroyfjord, feature dramatic cliffs and jagged edges that jut out over the salty water below. Adding to the drama are waterfalls that cascade down the cliff, making the fjords even more Instagram-worthy. Whether you’re a professional or amateur photographer or just a sucker for beautiful sights (who isn’t, after all?), this is the spot for you.

If you’re looking for an adventure that is both substantial and inexpensive, this one is for you. Hop a flight to Spain and take on part of the Camino de Santiago trail. Known as the Way of Saint James by some, the Camino is a network of ancient pilgrim routes across Europe. The paths convene in the tomb of Saint James in Santiago, Spain. There are numerous routes you can take, so you’ll definitely want to map out your plan in advance. Although, we recommend leaving some room for deviation – you never know what your experience will look like until you’re there! You can book your lodging in advance, which ranges from hostels to bed and breakfasts. Or, to be more adventurous, you could find places to stay as you move along the trail–many open their homes to travelers who need somewhere to stay the night for a small fee. Some embark on the Camino for spiritual reasons, while others are motivated by the routes’ intriguing history. The pilgrimage is also popular with hikers and cyclists. No matter what your reasons, the Camino de Santiago is the perfect way to adventure on a budget this summer.

Vietnam is the hidden gem of Southeast Asia. With affordable accommodations and multiple UNESCO World Heritage sites, it has so much to offer tourists. But something that you may not know is that if you’re a foodie, Vietnam is your paradise. Vietnamese street food is second to none, and an entire meal will cost about the same as a Starbucks latte. Start with the more well-known local fare like Pho Noodles or a Banh Mi sandwich. Then introduce your taste buds to new Vietnamese dishes like Xoi (sticky rice with toppings) or Caphe Trung (Egg Coffee). These delicious eats will give you the energy you need to check out the city’s sights, like the Ho Chi Minh Mausoleum, One-Pillar Pagoda, and Hoan Kiem Lake.

For a European Experience Closer to Home:
Quebec City, Quebec

If you considered taking a trip to Europe this summer, but opted out because of cost or travel time, check this out. You can enjoy the feel of a European city at half the cost (and without the jetlag!) by traveling to Quebec City. The city’s old town district features cobblestone streets and sidewalk cafes. They’re so similar to what you’d find in France that you might actually think you’re in Paris for a minute. The Quebec province is mainly French-speaking, too, so be sure to brush up before you cross the border. During your stay, we recommend spending at least half a day wandering the streets taking in the sights and markets. Make sure to order at least a dozen oysters brought in from nearby Prince Edward Island and make time to visit the fabulous Chateau Frontenac Hotel.