How To Choose Your Cruise: River vs Ocean 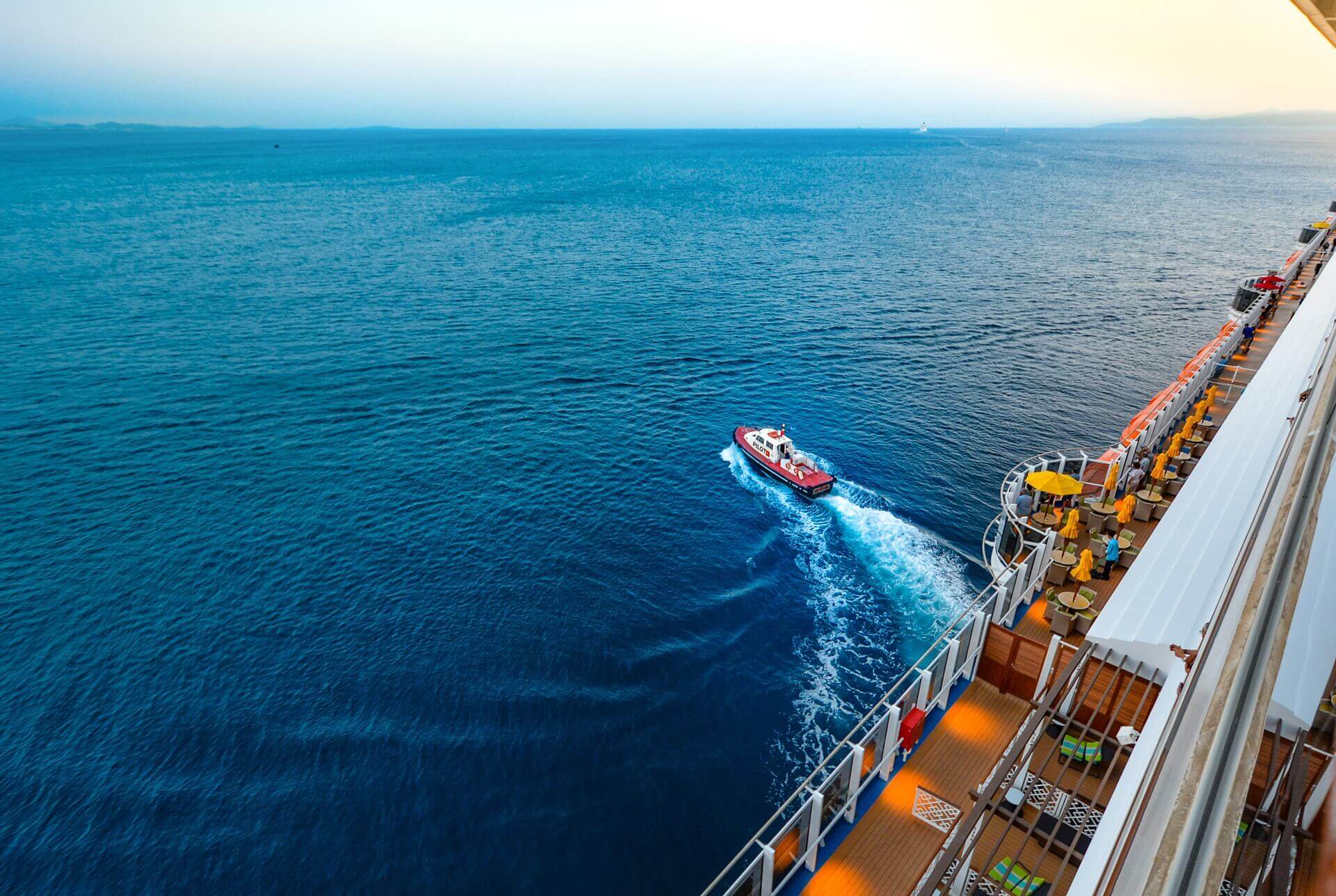 When it comes to cruising, you can’t really go wrong. There are so many different options available these days that you can basically tailor your experience to your preferences.

One of the first big decisions you’ll have to make when planning a cruise is whether you’ll travel on a river cruise or an ocean cruise. Before you make that decision, there are some important things you should know about the similarities and differences between the two options:

As you might expect due to the difference between the two bodies of water, river cruise ships are smaller than those that set sail on the ocean. This is true for both the dimensions of the ships themselves, as well as the ships’ cabins. The difference in ship proportion means that there will be fewer passengers on river cruises, which generally accommodate around 200 passengers, while ocean cruises often carry thousands aboard.

As you can imagine, the cabins from a river cruise to an ocean cruise will look different. River cruises almost always have one or more windows in staterooms, whereas, ocean cruises have many staterooms that are considered “inside cabins” that don’t have windows. If you’re on the hunt for an outdoor or “step-out” balcony, we’d recommend checking out AmaWaterways cruises, which offer what’s called “twin balcony” state rooms. Just keep in mind that most river cruise cabins will be smaller than those on ocean ships. 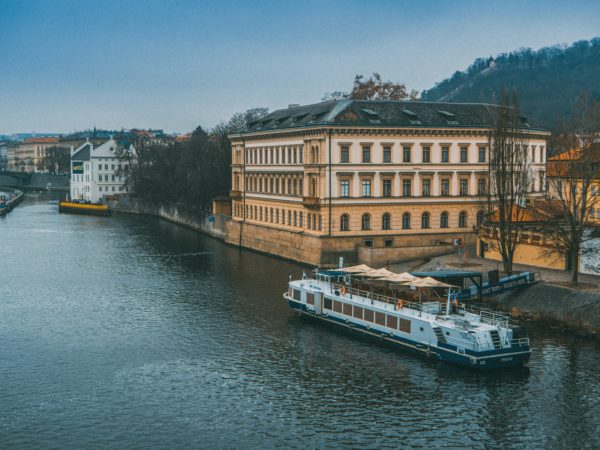 As a result of the difference in size, ocean cruises are able to house on-deck pools and other activities like rock walls and games, amongst other ammenities. River cruises, in contrast, are generally too small, though both types of ships usually do have libraries and gyms onboard. Fewer passengers means shorter wait times to get on and off river cruise ships. This usually makes it easier for you to make the most out of your time at port embarking on shore excursions. These waits can get long on ocean cruises, where thousands of passengers have to show their passports when getting on and off of the vessel. 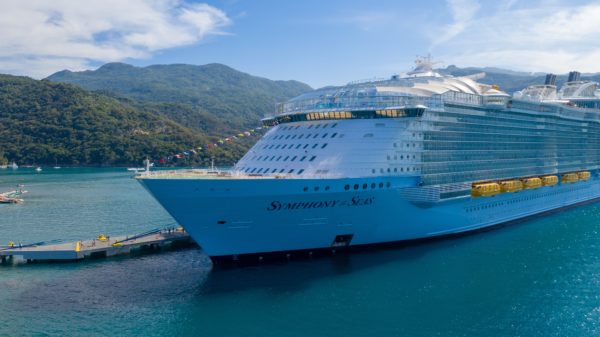 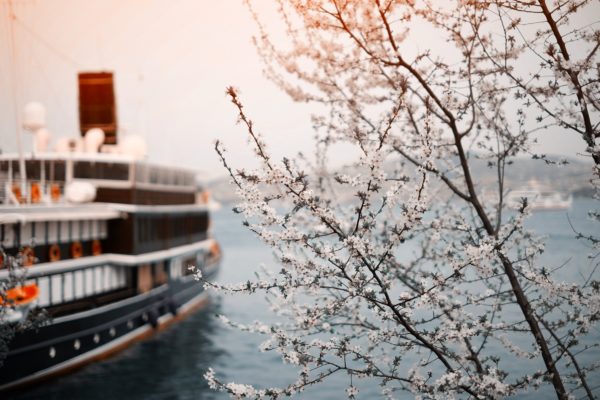 Differently, ocean cruisers are all over the map in terms of age and education. The wide range of experiences available and the large number of passengers on ocean cruises means the demographics vary greatly on each cruise ship. If you decide to go for an ocean cruise, be sure to do your research on what your particular cruise entails, so you can get a better sense of what types of passengers might be on the vessel. If you’re looking for something low-key, for example, we’d recommend steering clear of the more entertainment-oriented options.

For many, the type of entertainment offered on cruise ships is key. On ocean liners, you’ll often find a variety of shows and performances — from comedy, to song and dance, to magic shows. You’ll also likely have access to a casino and an assortment of bars and lounges onboard. On a river cruise, diversely, the entertainment is much more low-key. Local musicians will often come while the ship is at port to put on a show in one of the ship’s lounges, for example, or the cruise might host a cultural program meant to enrich your travel experience. 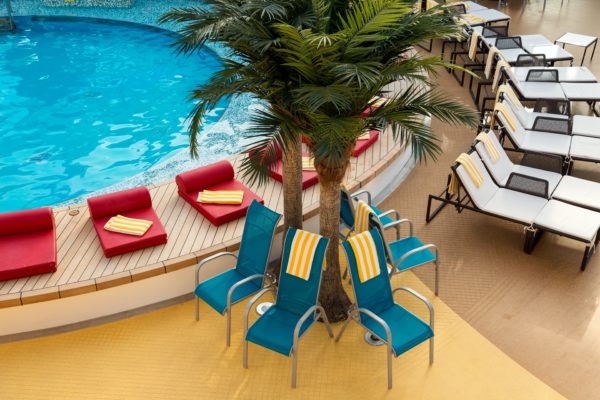 Though the live entertainment is quite different, both ocean and river cruises generally have spas onboard, so you won’t miss out in that regard no matter which option you choose. That said, keep in mind that the range of treatments available will likely be greater if you opt for an ocean cruise.

Part of the reason there is less entertainment available on river cruises is because people spend much more time at port than they would on an ocean cruise. On river cruises, you’ll often visit a larger number ports, traveling to a new destination each night. This means you’ll buy more time on land than on the boat itself on a river cruise. Because river cruise ships are usually smaller in size, they are also able to reach farther inland which offers a way to see smaller towns in a more intimate way. 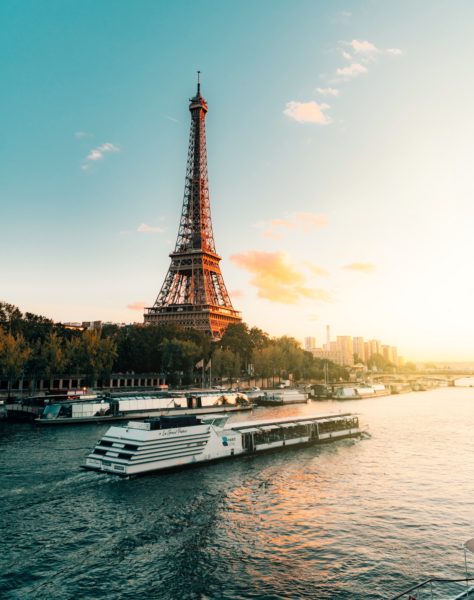 When at port, river cruises tend to offer ethnic experiences and walking tours or excursions to travelers. You’ll also have the liberty to explore the city you’re visiting on your own if you prefer. These tours and shore activities are generally covered in the fare on river cruises. In case something like bad weather happens, make sure you protect these nonrefundable expenses with travel insurance. That way, you can be reimbursed if your cruise itinerary experienced a change for something out of your control.

On an ocean cruise, you will generally have allocated days at sea in between destination ports, and only a few days on land. Most of the time, ocean cruise ships sail during the day, so you’ll spend a lot of time enjoying all that the ship has to offer. When you do dock at a port on an ocean cruise, though, a wide amount of excursions will be available to you, which vary depending on the destination you’re cruising. You can schedule these excursions in advance of your trip, and they cost an additional fee if you choose to participate. Again, it’s unlikely the cruise will refund the cost of these activies if they have to suddenly change course, so be sure to insure these prepaid costs under your travel insurance policy. 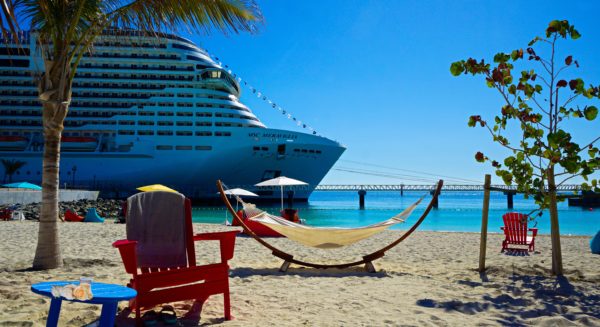 On both river and ocean cruises, you can expect great food, though the options will vary between the two. While ocean liners offer diverse cuisine options and dining experiences, river cruises typically only have one or two dining rooms aboard and offer cuisine that is local to your destinations. Sometimes, river cruise chefs will even pick up fresh ingredients at local markets when you stop at port! But, as a trade-off, the food options will lack the variety that you’ll experience on an ocean liner.

Another important note is that, on ocean liners, food is available around the clock. Variously, most river cruises do not offer 24-hour food service, so you’ll need to come prepared if you’re a late-night snacker.

One more noteworthy difference between river and ocean cruises that we want to mention in case it’s an issue for you: Passengers often experience less seasickness on river cruises, as ships are more stable than ocean liners.

Whether you end up choosing a river cruise or an ocean cruise, you’ll want to make sure you’re insured if you’ll be cruising into international waters, where your domestic health plan no longer covers you. We put together all of the information you’ll need to get covered while cruising on a river cruise or an ocean cruise here to make it as easy as possible for you to travel safe and sound. Also, here are a few things you should know before insuring your river cruise. If you think ocean cruises would suit you better, check out our guide to choosing the right one based on what type of vacation you want!