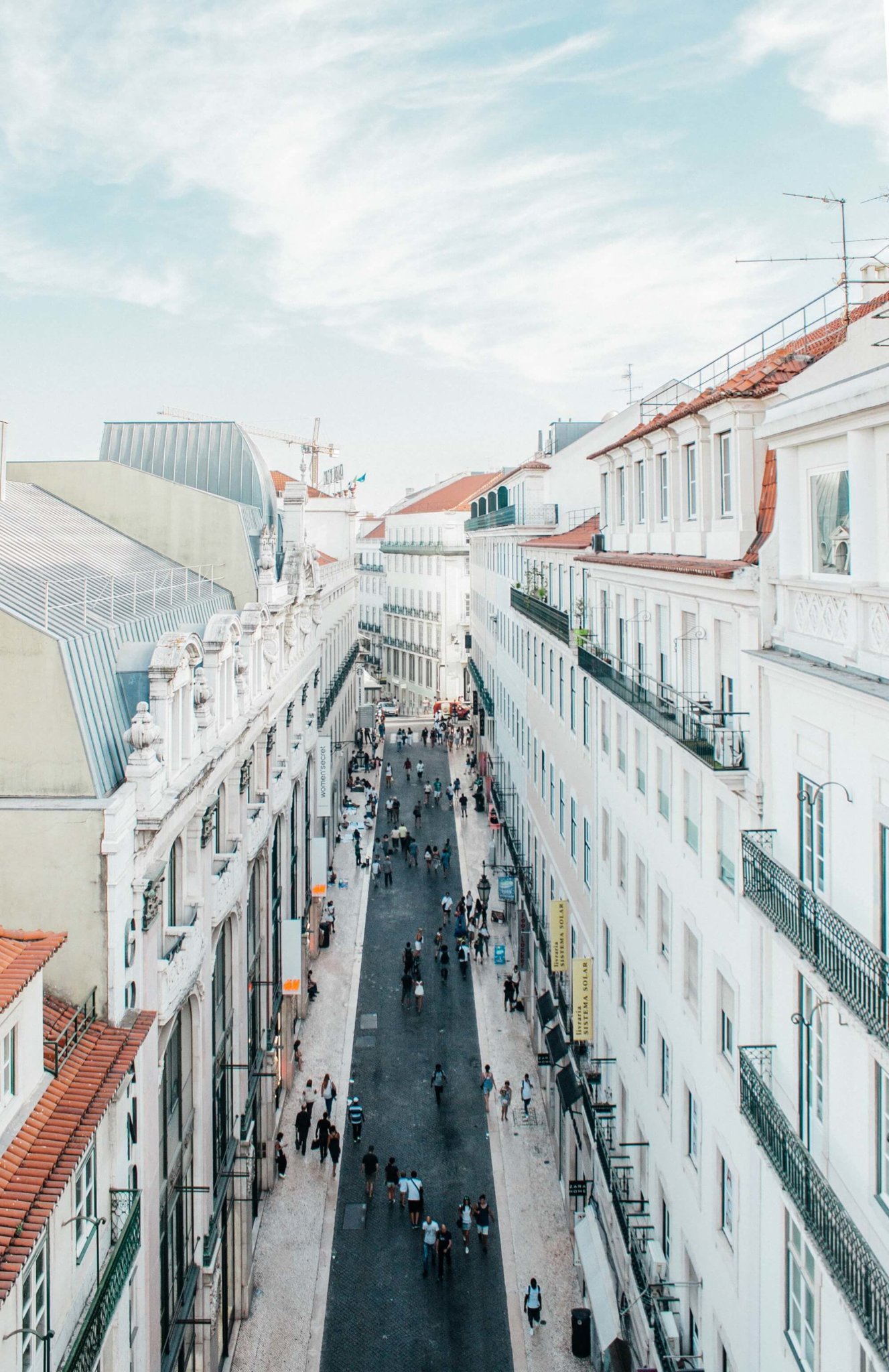 If you ask us, every traveler should do a backpacking trip through Europe at some point in their lives. Typically, Spain, France, and Italy are known as the “must-see” countries, but just east of those idyllic places lies a hidden gem: Portugal.

Spain’s next-door neighbor is often skipped, which is a shame because there’s really no place quite like Portugal’s capital, Lisbon. The hilly, coastal city is famous for its pastel buildings and café culture, as well as its impressive collection of museums, historic buildings, castles, town squares, and cathedrals.

It’s also surprisingly affordable. In Lisbon, you can get by on 50 euros a day if you’re willing to do a little bit of planning. Funky hostels like Yes Hostels, Poets Hostel, and Lookout Lisbon offer cheap rates for quality accommodations, as long as you’re okay with dorm-style living. Plus, reservations at these spots include amenities like complimentary breakfast, walking tours, and all-you-can-drink coffee. With the essentials —housing and caffeine— covered for a low price, the rest of your budget can go toward exploring the city.

If you’re thinking about planning a trip to Lisbon, here’s our list of sites and experiences you simply can’t miss:

Praca do Comercio, or Commercial Square, is Lisbon’s largest plaza. It was built in 1755 after a large portion of the city was destroyed by an earthquake, and it is known for its beautifully painted walls. Situated on the banks of the Tagus River, the square was the central hub for traders, sailors, and financiers back in the day. Many around-the-world expeditions were likely planned inside the plaza’s walls, and you can feel the buzz of that energy when you visit now. While you’re there, don’t forget to grab a photo next to the statue of King José.

Torre de Belem, or the Belem Tower, is Lisbon’s ultimate showstopper. The ornate tower was constructed during King John II’s reign and originally functioned as a commemoration of the discoveries made by Portuguese explorer Vasco da Gama, who was the first European to reach India by sea. The tower soon became a fortress and a ceremonial gateway into Lisbon and is now listed as a UNESCO World Heritage site due to its significance during Portugal’s Golden Age of Discoveries and genre-defying architecture.

Mosteiro dos Jerónimos, another UNESCO World Heritage site also situated right next to Torre de Belem, is one of the most ornate churches in Portugal. It is a monastery that, like the Torre de Belem, has come to represent Portugal’s famed era of expeditions. It was commissioned by King D. Manuel I and donated to the monks of Saint Hieronymus so they could pray for explorers and sailors who left Lisbon in search of a new world.

The Castle of St. George

Located in the middle of Alfama (more on that later!), the castle of St. George is Lisbon’s most popular tourist attraction. Towering over Lisbon, it offers unparalleled views of the city. Other than the panoramic views it offers, history is its most captivating aspect—the oldest parts of the castle date from the 2nd century. Over the years, Visigoths, Moors, and Christians alike have called the castle home, and now tourists can too, if only for a moment.

Did we mention Lisbon is home to multiple, beautiful beaches? No matter what kind of beachgoer you are, Lisbon has a beach for you. There’s Morena if you’re interested in socializing and enjoying a cold drink on a hot afternoon. If you’re looking for a more peaceful atmosphere, Meco is the beach for you. And finally, if all you really want is to cool off in Portugal’s turquoise waters, go to Guincho.

Bonus: Most hostels offer free transportation to the city’s most popular beaches. If you’re traveling on a budget, exploring Lisbon’s beaches is a great way to spend the day.

As we mentioned before, Alfama is the historic area of Lisbon, comprised of narrow streets flanked by colorful houses. Hidden alleys pop up every few blocks or so that are an absolute delight to explore. It’s also a great place to watch the locals go about their lives (any people watchers out there?).

Stay the morning, and you’re likely to see grandmothers selling fresh seafood in the streets and cafés filling up with Fado musicians (we’ll expand more on this later). There are more hole-in-the-wall restaurants in Alfama than you could possibly count, so make sure to arrive on an empty stomach.

A word to the wise: Expect yourself to fall head-over-heels in love with Alfama –it’s not uncommon for travelers to rearrange their plans to allow for a few extra nights. Give yourself the freedom to roam by purchasing an international travel insurance plan that has optional add-on coverage to cover spontaneous choices like rental cars and cancellation.

Check Out a Fado Show

Fado is a historical genre of music exclusive to Portugal. It’s most famously simplistic in character, comprised of nothing more than lyrics and Portuguese guitar. It’s also notable for its mournfulness—most Fado songs tell resigned tales about love, loss, and life as a working-class person in Lisbon. The fact Fado music has survived so many centuries is a testament to the Portuguese people’s strong desire to honor their culture and history. The best way to experience Fado music is to wander the streets of Alfama and pop into a tavern. On any night of the week, there’s always an opportunity to sit on port and listen to Fado.