A Checklist of Every Sight You Have to See In Dublin 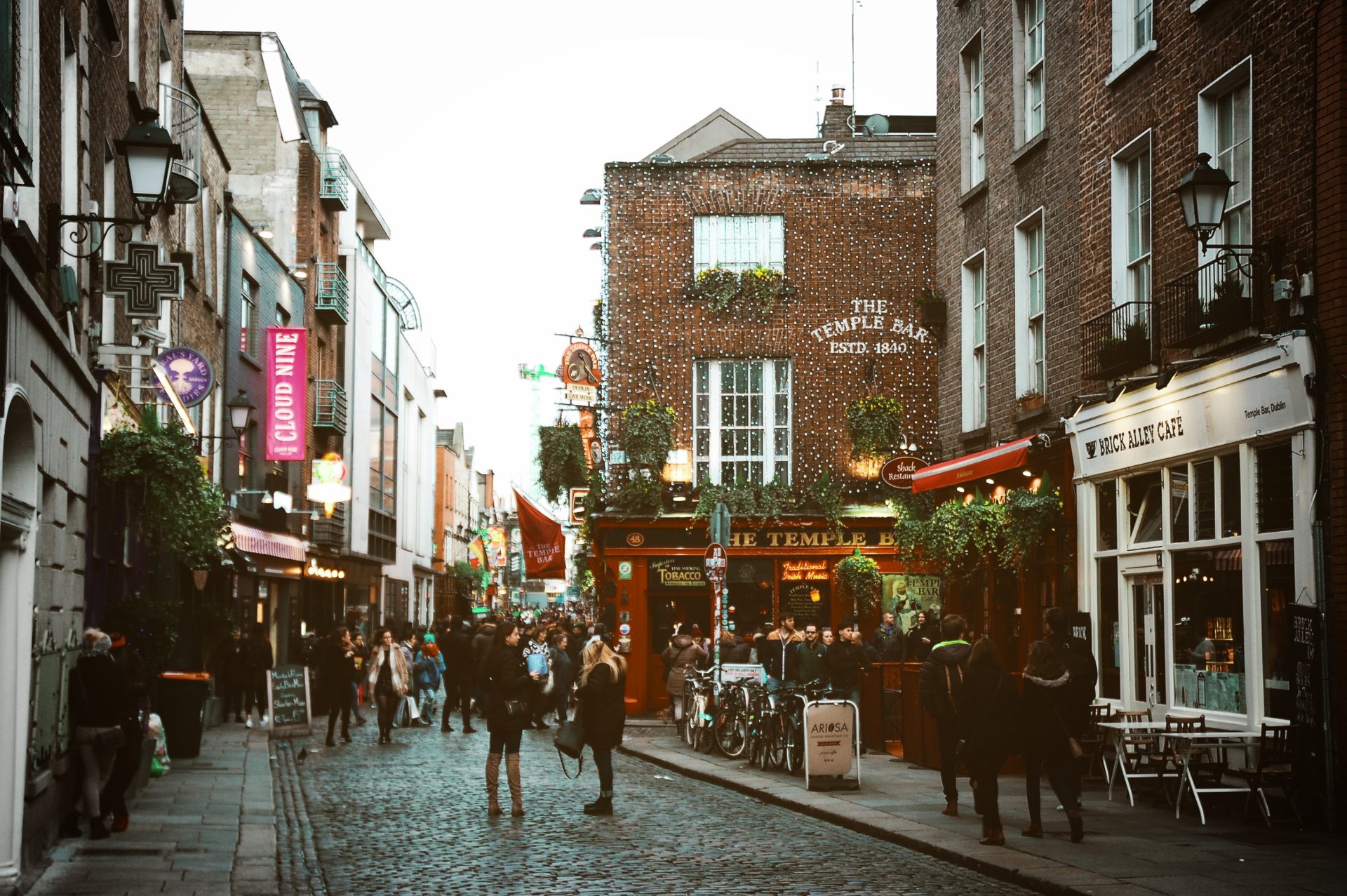 Planning a trip to Dublin? If you search for things to do in the Emerald Isle’s capital city, you’ll likely find tourist classics like Temple Bar and the Guinness Storehouse. These spots top the list for good reason–they’re unique to Dublin and showcase the city’s vibrant culture.

Though we would definitely recommend checking them out, there are also so many other things to see, do, eat, and drink while you’re in Dublin and we want to make sure you get a chance to do as many of them as possible on your visit. Don’t let anything mess up your travel plans –purchase travel insurance! You’ll have protection from unexpected events like sickness, delayed baggage, and cancellation.

To make it as easy as possible, we put together this handy dandy checklist of the best spots in Dublin, Ireland:

The National Museum of Ireland: The National Museum of Ireland is actually an institution of four distinct museums that house some of Ireland’s most famous and important artifacts and history. Three of the four museums are located in Dublin and one is located in County Mayo on the country’s western coast. The three Dublin museums are the Museum of Archaeology; the Dublin Decorative Arts and History Museum, and the Natural History Museum. Admission to each of the museums is free and they are all open at the same times–Tuesday to Saturday from 10am to 5pm and Sunday and Monday from 1pm-5pm.
Pro-Tip: Each of the museums has incredibly interesting and diverse exhibits, but we highly recommend that you stop by the Archaeology Museum for their Kingship and Sacrifice exhibit, where you can view “bog bodies” that have been preserved in Ireland’s bogs for centuries and continue to be discovered over time.
Temple Bar: Don’t be fooled by the name–this is much more than just one bar (though it is a bar too, which we’ll get to in the “Drink” section next). In fact, it’s an area in Dublin that is often referred to as the city’s “cultural capital”. Not only will you find an array of top-notch bars here, but you’ll also have the chance to explore art galleries, music venues, and restaurants (we’ll get to those soon, too!). It’s a really fun and lively place to spend an afternoon or two and your stay in Dublin wouldn’t be complete without it!
EPIC: The Emigration Museum: The EPIC Museum truly is epic–and it’s an absolute must-visit. This interactive museum tells the stories of the over 10 million Irish citizens who left the country to emigrate to other parts of the world. These poets, artists, scientists, inventors, engineers, doctors and more changed our world in so many ways and you can learn about many of them here.
Pro-Tip: The EPIC Museum often offers discounts to those who book tickets in advance online—generally 10% off!
Grafton Street: You can think of Grafton Street as the upscale version of Temple Bar. Though it similarly showcases art, restaurants, bars, and shopping, it is unique in several ways. The first is that it is slightly fancier, with more luxury boutiques than casual shops. Second, it’s a winding road rather than a typical square or plaza, which makes it really visually interesting. Head to Grafton Street for an afternoon of shopping, watching street performers, and learning about the street’s history over a meal!
St Stephen’s Green: If you’re looking for a beautiful place to take a break, you’ll definitely want to visit St. Stephen’s Green–perhaps while near Grafton Street, as they’re pretty close to each other. This stunning green park is the largest in Dublin and its beautiful gardens show off pops of color as you walk throughout the park. You’ll also find bits of history and sculptures peppered throughout the park, so you can simply stumble upon them as you walk around or plan your stay out a bit here.

Ireland is well known for the country’s libations–Guinness and whiskey in particular. If you’re not into adult beverages or are traveling with kids and prefer to avoid, you can skip this section of the list!

Jameson Distillery: If you’re a whiskey fan or if you’re interested in the history of distilling or processes, you just have to put the Jameson Distillery, known as the birthplace of Irish whiskey, on your list. They offer tours and tastings, so you can sip while you learn. Need we say more?

Whiskey Museum: While the Jameson Distillery is beloved by whiskey-loving tourists, that experience only offers information about one particular type of whiskey. If you’re interested in learning more about all of the different types of whiskey the city has to offer, you have to check out the Whiskey Museum. Showcasing tours with tastings along the way, this experience is a great way to learn about an important element of Irish culture.

Guinness Storehouse: Whether you like Guinness in particular or not, this is a must-do if you’re over the age of 18 and enjoy brewery culture. You’ll also learn about the six-step ritual that is properly pouring a Guinness at the Guinness Academy as part of your experience!

Temple Bar: We talked about this as an area to explore above, but it’s also an actual bar that is quite popular for putting back a few pints for locals and tourists alike. They’ll have all of the classic Irish beverages, whiskey and Guinness included, plus they have live traditional Irish music sessions every single night! Swing by for a pint and some tunes–you’ll probably make friends with the locals too.

Kehoe’s: If you’re looking to kick back with the locals, try out this pub in Dublin’s south city centre. It’s known for its old school Irish atmosphere and has even been named the “Traditional Bar of the Year” for the past two years running!

We’ll be honest…historically, Ireland hasn’t exactly been known for its spectacular cuisine. That said, over the past several years and the food scene has changed quite a bit and the city is now home to several must-visit restaurants.

The Greenhouse: This restaurant is so good that it earned itself a Michelin star only three years after it first opened! Located in Dublin’s city center, it serves unique dishes made from seasonal, local ingredients. It’s definitely a splurge, but they do offer a deal on their prix fixe lunch: €35 (around $40 right now) for two delicious courses.

Eatyard: If you’re traveling with people who have different palates or want to try a number of different foods in one meal, check out Eatyard, a street festival with a bunch of street vendors cooking up a variety of different cuisines. It’s only open from Thursday through Sunday, so if you end up in Dublin on a weekday, be sure to pop by to enjoy the food and the merriment.

Cotto: This spot is no ordinary Italian restaurant. In fact, Cotto has what has been called a “cult following” that consists of people from all over the world. What’s so hot about it? People swear by the restaurant’s brunch menu, which is something of a mix of Italian and Irish fare. Intrigued? We get it.

If you or anyone you know is thinking about head to Dublin, make sure they have this list on hand so they can make the most of their experience!