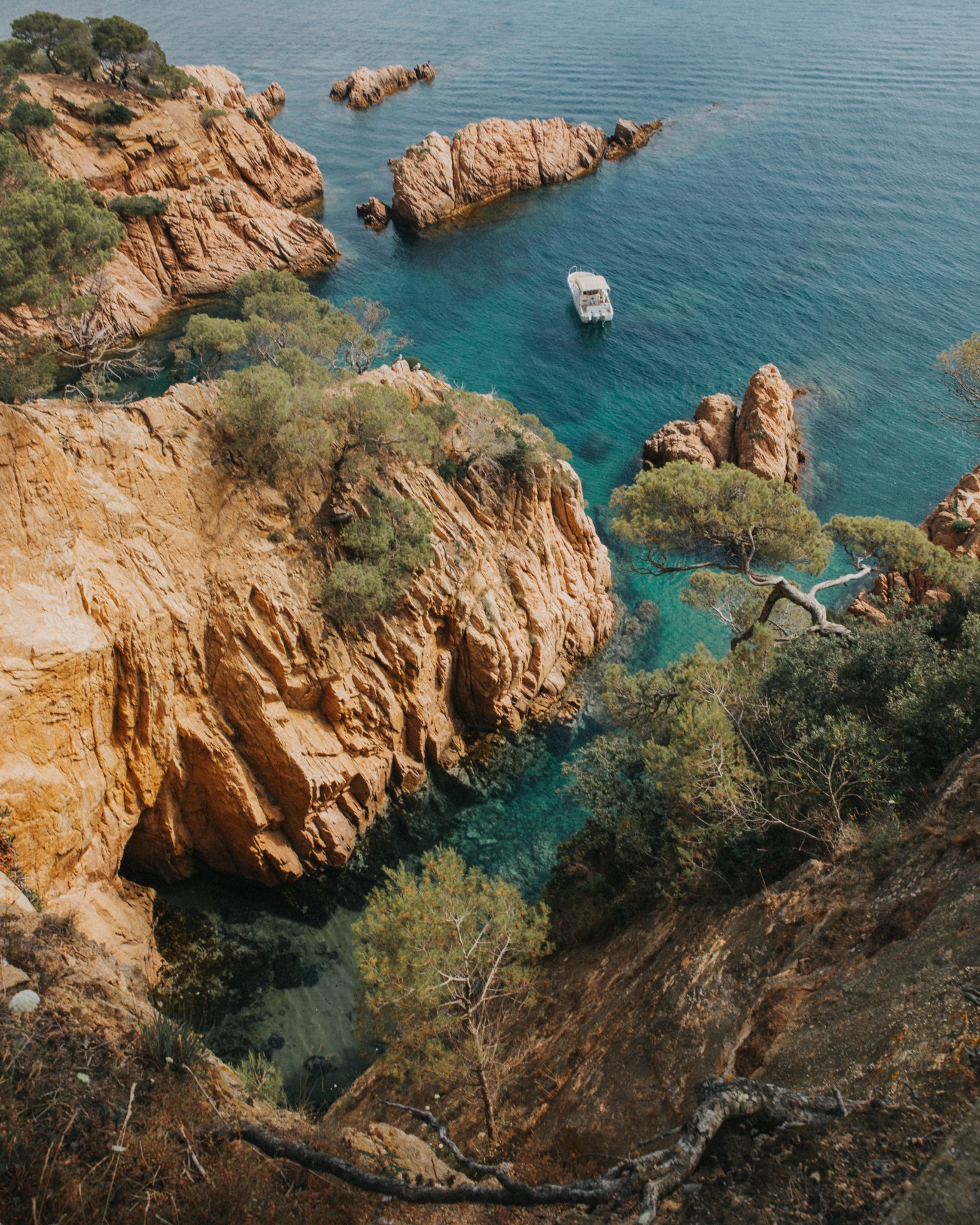 Traveling this summer? If you ask us, it’s time for you to check a trip to the Mediterranean Sea off your bucket list.

Stretching all the way from Spain to Syria, a traveler could spend an entire year traveling the Mediterranean coast. But if you have a little less time on your hands, don’t worry – a cruise might be the perfect option for your summer vacation, as it will give you a chance to check out a number of destinations in a short time period. If you’re ready to set sail, here are the top five Mediterranean destinations to hit:

One popular approach to exploring the Mediterranean by cruise is to start in the West and finish in the East. The most common departure port is Barcelona, but if you can swing it, a more exciting starting point is Corsica. This tiny island sits off the eastern coast of France and offers unspoiled adventure for the more fearless traveler. As the most mountainous island in the Mediterranean, there are endless shoreline excursions for hiking and camping enthusiasts in Corsica. An ecologically diverse island, you could spend a morning gallivanting across the hills of Bastia and an afternoon tanning in one of the town’s many, sunny beaches. If you’re more of a history buff, Corsica’s still got you covered. The island’s capital, Ajaccio, is the birthplace of Napoleon and is full of museums and memorials that capture the furies of the Napoleonic Wars. 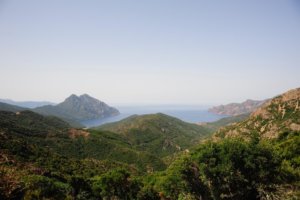 Choosing where to dock along Italy’s splendid Mediterranean coast during your cruise is no easy task. You could de-boat in the north to explore the bright, windy streets of Cinque Terre, some of Italy’s most “instagrammable” cities, or you could hold out for warmer weather and travel south to Capri. The star of the already illustrious Amalfi coast, Capri is home to the famous “blue grotto” and some of the craggiest coastlines Europe has to offer. For the more well-heeled traveler, luxury abounds across Capri. Walk in the footsteps of Jackie O at the Grand Hotel Quisisana, one of Capri’s many five-star hotels, or enjoy a brilliant seaside dinner at the Michelin Guide-recommended Quatrro Passi. Don’t worry, you can still visit Italy on a budget, without sacrificing the experience! 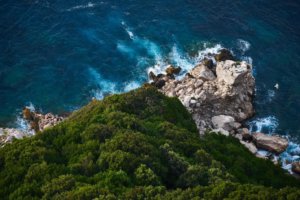 Across Italy lies the eastern portion of the Mediterranean Sea. Travelers to the region often speak of being stunned by the sun-soaked coastlines of countries like Croatia, Montenegro and Albania. Arguably a much quieter portion of the Mediterranean than Italy’s Amalfi coast or the Greek islands, this stretch on your cruise is not to be missed, and the best way to take it all in is via the walled city of Dubrovnik. The city’s skyline is cobbled together by Baroque buildings that sit in the foreground of the shimmering, Adriatic Sea. At land’s end, towers upon towers sit precariously perched over vertiginous cliffs. With its dramatic landscape and dense circuitous streets, traveling to Dubrovnik can sometimes feel like traveling back in time in all the best ways. 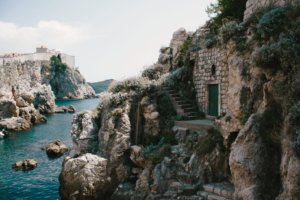 Ahh, Santorini. Perhaps the most picturesque place on this list, Santorini is likely the destination you have in mind when thinking of a Mediterranean vacation. It’s an island dotted with white washed homes that were built upon volcanic beaches. And while it’s certainly deserving of its supermodel status, the island is essentially a city of ruins – the leftovers of a cruel, volcanic eruption that destroyed what was once a single island. That eruption is what gave Santorini its edgy shape. Locals and tourists have made the most of the island by turning it into a pleasure seeker’s ground zero and embracing Santorini’s inherent lore. It’s a breathtaking destination full of adventure and not one to be missed while on a cruise. If you haven’t booked cruise insurance yet, read our blog post on how and when to book it. 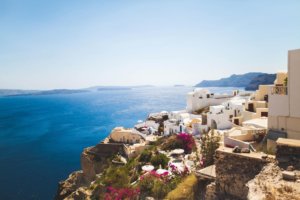 Athens is the perfect way to end a relaxing cruise through the Mediterranean. After multiple sun-soaked days, Athens offers respite for the beach-weary traveler and an opportunity to explore one of the world’s oldest cities. From the Parthenon to the Temple of Athena Nike, every inch of the ancient citadel known as  The Acropolis is worth walking through. Be sure not to miss Athens’ bustling industrial quarters like Gazi, which is home to hip bars and restaurants and many open-air markets.Seeing the sights from aboard a ship is one of the most exciting ways to travel, but like any adventure, unexpected situations can occur. Cruise insurance can protect you against any complications that might arise as you make your way to your boat, and offer you peace of mind while you travel on the open water. You can browse insurance options that make sense specifically for cruises. 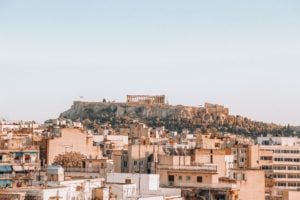 Have you been on a great Mediterranean cruise? Which locations did you explore while off the ship? Tell us about it on Facebook, Twitter, or tag us on Instagram (@insureyonder).