4 Reasons You Should Visit Toronto 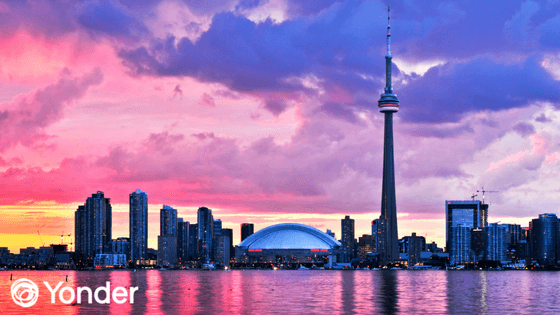 Toronto probably isn’t your first thought when you think of vacation. Fair enough. It’s pretty far north and often-overlooked by trip takers of all shapes and stripes, from veteran travel junkies to people planning their first vacation.

This northern city doesn’t get the credit it deserves. Boasting over 40 million annual visitors, Toronto is Canada’s most popular tourism destination. To what does it owe its popularity? Well, it’s packed with cultural, culinary, and child-friendly fun.

In fact, we listed Toronto as one of 2018’s must see cities. So, what makes it so great? Keep reading to learn the four reasons you should make Toronto your next destination!

Yes, it’s definitely hot in more ways than one, but we’re speaking about Toronto’s culture. Move over Paris. Step aside New York. Get out of here London. Toronto is where it’s at this year.

We’re talking about upwards of 300 art galleries, a staggering array of top notch restaurants, vibrant music and theater scenes, shopping to fit every taste and budget, numerous museums, modern architecture, and multiple international festivals (including TIFF., which we’ll explore in just a second).

All of that is really just scratching the surface. We haven’t mentioned anything about its nightlife or its status as a sports city yet. We haven’t talked about its islands packed with beaches, amusement parks, or nature trails, either.

Toronto is a cultural hub that rivals any other major city in the world. Book your visit today to see for yourself, but don’t forget to learn what travel insurance is and isn’t first!

Affectionately known as TIFF, the Toronto International Film Festival is the world’s premier film festival. It’s been around for upwards of four decades and has become an institution in Toronto, boasting programming year-round.

A full rundown of Toronto’s culinary delights would take more time than anyone has. Even a shorter, curated list would run several thousand words. So, trust us when we say that Toronto is a foodie paradise.

From the traditional-fusion at Boralia to the Asian flair of Bent to the French brasserie at Café Boulud to every other delicious eatery in town, you’re sure to find something that suits your tastes. You can thank us later!

Your Kids Will Love It

Your kids probably aren’t going to be too excited about Michelin-rated restaurants, international film festivals, and cultural hot spots. You know what they will be excited about? Toronto’s family friendly vacation atmosphere.

We’re talking about attractions like the Toronto Islands we mentioned earlier, Edgewalk, Ripley’s Aquarium of Canada, the Hockey Hall of Fame, Canada’s Wonderland, the Toronto Zoo, LEGOLAND Toronto, and more.

Edgewalk in particular is sure to give kids all the chills and thrills they could ever want. Located at the very top of the CN Tower, Edgewalk is the world’s tallest hands-free walk. You’re strapped in and can walk around some 1,815 feet in the sky. The height will leave your children reeling and the view is simply jaw-dropping.

Now that you have four seriously inviting reasons to visit Toronto…what are you waiting for? Whatever type of adventure you want to have, the Big T.O. is sure to have you covered. Start planning your visit, and getting the right type of travel insurance, today!